an exact list of the lords spiritual and temporal as also, a compleat list of the knights and commissioners of shires, citizens and burgesses, in two opposite columns, which plainly shews 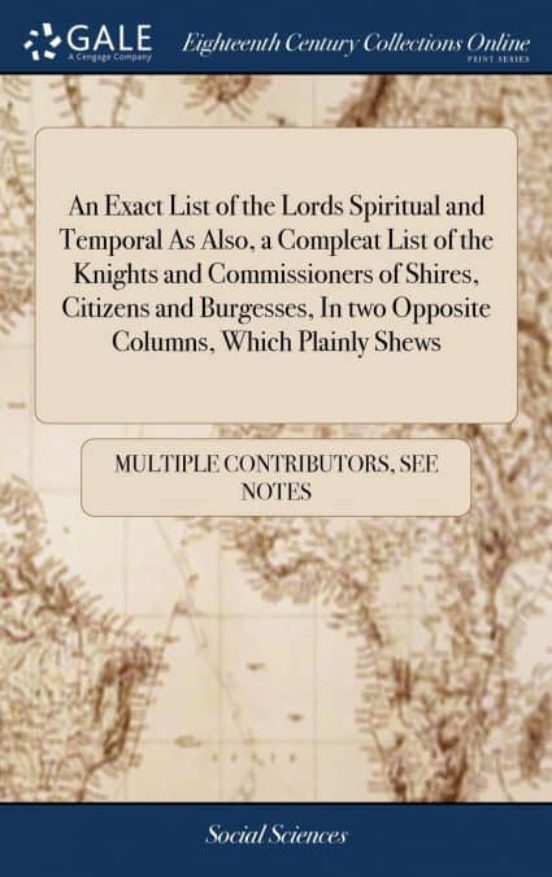 The 18th century was a wealth of knowledge, exploration and rapidly growing technology and expanding record-keeping made possible by advances in the printing press. In its determination to preserve the century of revolution, Gale initiated a revolution of its own